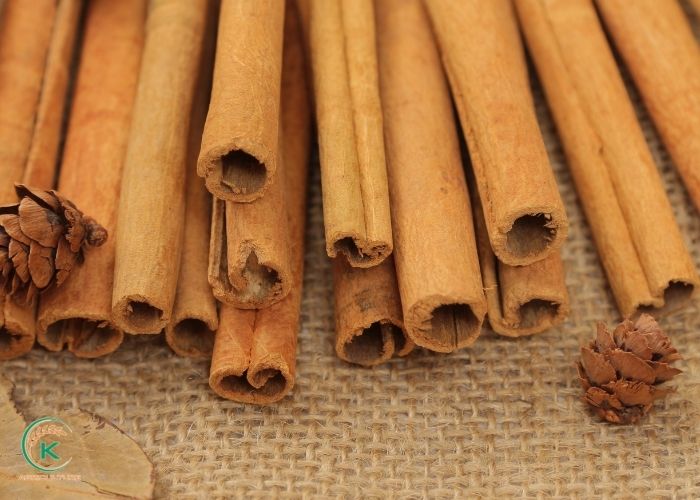 Vietnamese cinnamon powder is a pride of the nation. It has been experiencing an enormous trust and love of cinnamon customers

Before reaching the benefits of this product, it is necessary to go through some general information.

Cinnamon bark after being cleaned and removed the outer layer is gone through a dry process until it obtains a certain level of dryness. After that, dried cinnamon bark is grounded into powder, ready to be sent to buyers.

To be released into the market, Vietnamese cinnamon powder needs to go through several strict cinnamon tests to make sure it is safe for instant usage. For example, if Vietnamese merchants want to export cinnamon powder to the US, it is compulsory to have an ASTA certificate.

Oftentimes, the mesh size of Vietnamese cinnamon powder ranges from 30 – 50.

Vietnam has 150,000 ha of cinnamon cultivation. The raw material which is used to produce cinnamon products is mainly used for the purpose of exporting. Cinnamon powder is one of the favorite products to traders due to its easy-to-sell features and reasonable price.

Vietnam and Indonesia are the two biggest cinnamon exporters in the market with $175M and $149M in export value, which causes buyers some difficulties when it comes to choosing either of them.

The list below will be helpful for cinnamon powder traders.

The biggest cinnamon company in Vietnam, VINASAMEX is a name which guaranteed the quality of cinnamon powder since its establishment.

Having more than 20 years of experience in trading agricultural commodities, this trustful cinnamon factory is a great choice if you want to buy cinnamon powder in bulk.

A company in Yen Bai province – a hotspot in manufacturing cinnamon powder in Vietnam. Que Viet is a guarantee for both quality and quantity of its products.